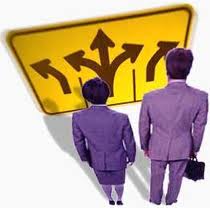 I am developing an idea in an entirely new field.  I’m doing my research, talking to anybody who will give me time and doing a lot of google searches.  What I discovered after my first round of initial calls is that there are an infinite amount of moving parts.  Confusion filled my brain.  I spent days complaining to all my friends that I was so confused by it all.  These diatribes were part joking around, part helplessness, and part frustration.

There was this belief in me that if I was familiar with the secrets, I would know exactly what to do. I got really, really attached to being confused. It became my partner for over a week and every time I talked about it, I fed it, strengthened it. And the more attached I got to it, the more frozen and paralyzed I became. Nothing happened to move my idea forward that week.

Where are you confused by your idea? What about moving forward is confusing?

Then, something happened. I had a conversation with someone with lots of experience in this particular industry. He gave me the key when he said, “Look, nobody knows what the hell they are doing and if they look like they do, they are just faking it.”

Hmmm…That snapped me out of it. There wasn’t some mysterious key that would lay out the path before me. There wasn’t anything known, just something for me to discover. It was time for action because action would clarify things. Taking a step would show me if I was moving in the right direction or not. The universe’s feedback would light the way. I was again the heat seeking missile, heading for the big door with the word “YES” on it and like a missile, I had to be moving to be corrected.Sitting in confusion wasn’t getting me anywhere. Taking a step made a difference.